So my model is there, you say, I just can’t see it… - Beyond Design: the Construction and BIM blog

So my model is there, you say, I just can’t see it… 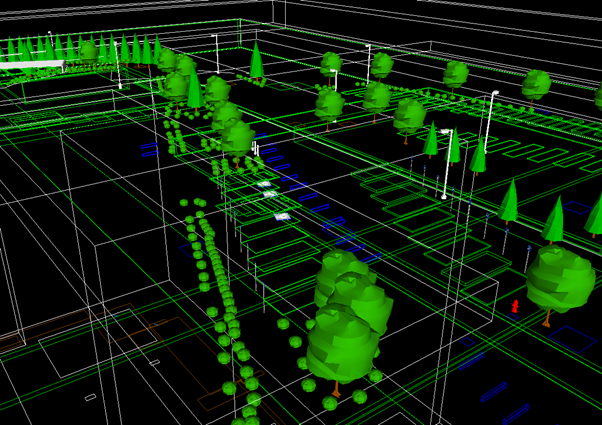 Continuing on from my earlier post, Now I know I left my model around here somewhere… I wanted to share more information about Object Enablers (OEs), and how to work with them in Navisworks.

So where can I get an Object Enabler?

It's generally recommended that you get an OE from whoever created the DWG file, as this should ensure you get the correct version OE. OEs will generally be found on the product CD of the authoring application.

You can typically get your hand on an OE from the vendor website of the authoring application. For example, Autodesk Object Enablers can be found here:

And are there different types of Object Enabler?

The simple answer is, yes. There are two types of OE. Firstly there are 'shared' OEs that require no configuration. These are based on the older OE model and when installed on a machine they are specified in the registry for use with all applications that need to use it. Secondly there are application specific, or 'unshared' OEs. These are based on the modern OE model and need to be configured for each application that will use it. These OE files are installed locally to each configured application, which although takes up more disk space, they do avoid conflicts. The new model can be found with applications such as AutoCAD Architecture from 2007 onwards.

So do I need to install all Object Enablers for Navisworks?

No. Since Navisworks was acquired by Autodesk we were able to build-in the most common OEs, so Navisworks Simulate and Manage 2012 already contain the AutoCAD Architecture and AutoCAD MEP 2012 OEs.

Okay, so how do I install an Object Enabler for use with Navisworks?

Run the OE installer and if/when prompted to configure the OE, select the relevant Navisworks product(s): 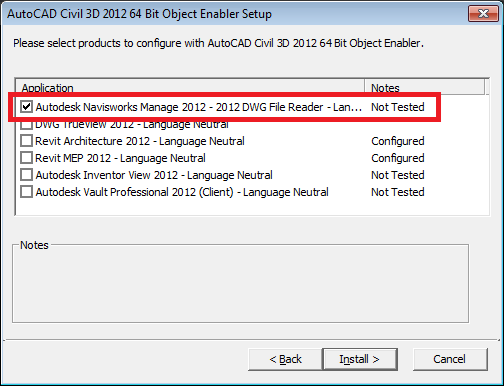 And how do I use an Object Enabler once installed?

Navisworks uses RealDWG technology, supporting multiple prior versions. Whilst this introduces an extra level of complexity, it means that we can support customers working with older software versions – which can only be a good thing, as we often hear about software versions being locked down for the duration of a project.

Most OEs tend to be backwards compatible, meaning that a 2012 OE can read objects created in an older version. The main thing you need to be aware of is to ensure you're using the corresponding DWG Loader Version for the installed OE. For example, if you have a Civil 3D 2011 OE, then you need to use the 2011 DWG Loader Version, which you can set in the Navisworks Options: 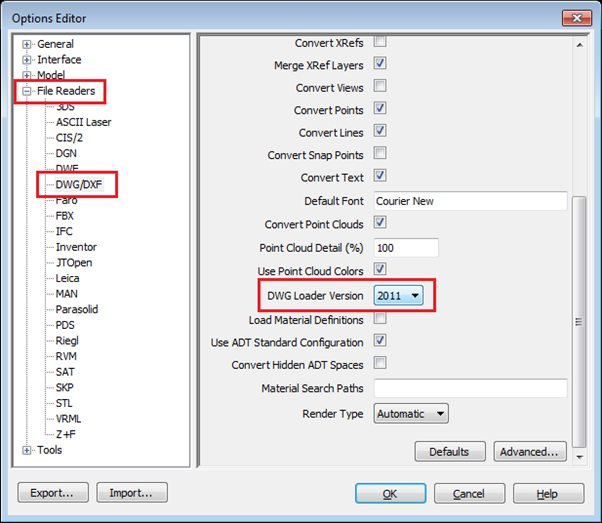 The OE will then be used automatically. Bear in mind though, that if you are using the 2011 loader and OE, then you will NOT be able to load a 2012 DWG file correctly – as that would require the loader/OE to be Forwards compatible, i.e. know what the format will look like in the future. Then why change the format, I hear you ask? Well, as we add new features and functionality in each new release, extensive research has shown that customers want to be able to save the new stuff J hence an update to the file format being necessary.

Okay, so Scene Statistics shows no Object Enablers are missing but I still only see wireframe?

There are a few further options you can try if this happens. Try these in order:

As I said earlier, this is simple when you know it, but can be frustrating when you don't, so I hope these posts helps you to see your models as they were intended.