Why do I sometimes get inaccurate Clash Results? - Beyond Design: the Construction and BIM blog

Why do I sometimes get inaccurate Clash Results?

In Navisworks to optimize performance, all geometry is drawn using triangles. If you set the Render Mode to Hidden Line or Wireframe you will see how we draw your model.

Clash Detective will report the minimum distance one of the objects will need to move so the Clash no longer exists. With a Hard Clash this distance sees the intersecting triangles as separate objects, not as part of the whole face.

This is a screenshot of a line intersecting a 6 sided object with the render style set to hidden line. Notice that each side of the object is made up of two triangles. Taking a point to point measure from where the line hits the surface to the nearest edge of the object, it is 0.24m. 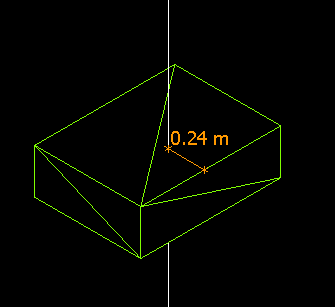 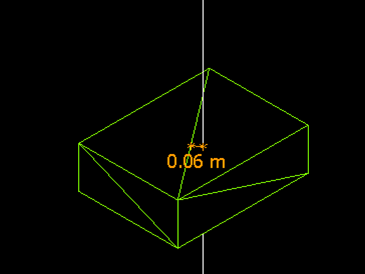 You can get round this by using a type of Clash Test called Hard (Conservative), this is readily available in the 2013 release but for 2012 and earlier versions you need access this by going to the Application Button > Options > Interface > Developer and check "Show internal properties".  When you go into Clash detective now you will have an additional test type named "Hard (Conservative)".

This reports all pairs of items, which might clash. This may give false positives in the results, but it is a more thorough and safer clash detection method.

I'd suggest you look to rename your clash tests as Clearance and Hard tests. This way when you export a report it should be clear which is a clearance test and which is a hard test.

You may find the Clash improvements in Navisworks Manage 2013 help with this workflow as it is clear which test you are looking through at any one time.
http://www.youtube.com/watch?v=cmDkpIOkmpk

Can you help with how to tell the difference between a Clearance clash and Hard clash?

I have a multi-discipline finite coordination effort at a major hospital in California that has varying clearances required based on the trade involved.

What I'm noticing is that both clearance clashes and hard clashes show up the same.

There is no - (negative) shown if the clearance clash is in reality a hard clash.
Likewise, the description in the results tab doesn't change from clearance (obviously because my clash type is clearance) to hard, nor can I find any other way to tell the two apart.
My issue with this is that I can live with a 1/2" clearance clash, but some hard clashes have distance values of 1/2 or more, but look the same as clearance clashes.

I would think that there is some way to do this....