Using Clash Rules in Navisworks to reduce False Positives - Beyond Design: the Construction and BIM blog

To many the single most valuable tool in Navisworks is Clash Detection. I've seen many different figures from $5,000 upwards as the average cost of fixing an issue on site as opposed to resolving the issue first in your virtual model.

However managing the process of tens of thousands of potential clashes can be daunting and time consuming. It doesn't have to be; this is the start of a series of blog posts about getting the most out of clash detection in Navisworks, and this first post is a comprehensive guide to setting up clash rules to reduce false positives.

First up, a video with an introduction to Clash Detective Rules: -

So Clash Rules can allow you to ignore clashes that you aren't currently interested in, aren't real clashes, or are issues with 'unfinished' work which you will review later. Here are some more details about each pre-defined rule. 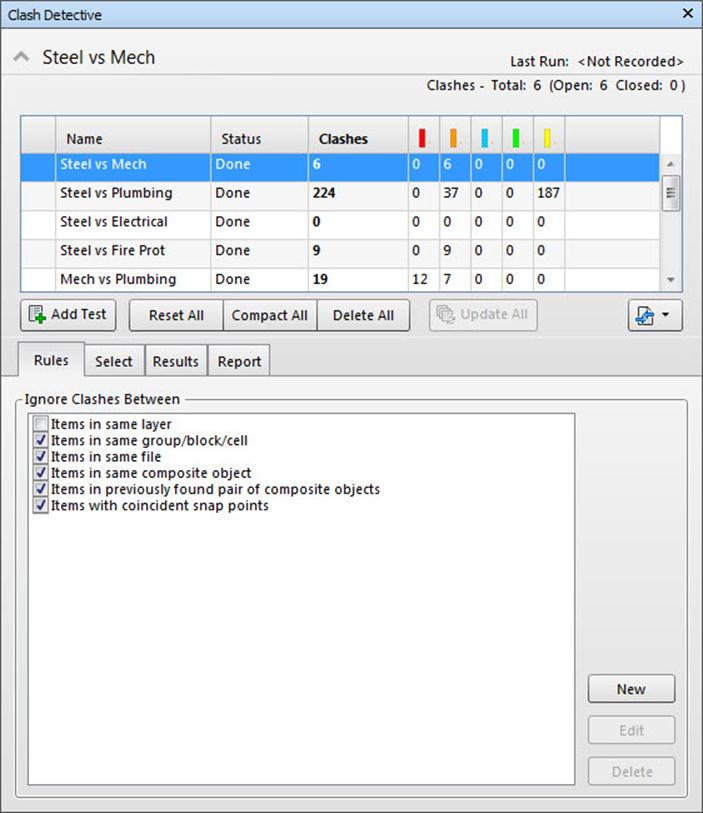 Here's a few examples of which rules you may want to use, and when.

In a future blog we'll go into more detail about creating your own rules, why you would want to, and how to do it, if there's anything you want to know about rules, leave a comment or use the links on the left to email us.