Apps for construction on iPads, and more - Beyond Design: the Construction and BIM blog

« Coming soon to an iPad near you | Main | Construction & Social Media: Your Help Needed »

Apps for construction on iPads, and more

Anthony Governanti's post about the new Revit iPad app got me thinking about all the apps for construction and how we got here.  We've come a long way in just a few years!

Earlier this month, the Apple app store celebrated its 5th anniversary.  Since 2008, when it first launched, more than 50 billion apps (over 800 per second) have been downloaded and there are now 900,000 available.  It seems so long ago, but iPad apps only arrived in 2010 after the iPad launched in April of that year.

Back in 2010, instant software access was a game changer for the construction jobsite, where people are used to doing things on their own, often not connected to their corporate networks.  This has helped thousands of construction project managers, superintendents, and field engineers to adopt iPad apps like Autodesk BIM 360 Field to manage quality, safety, and commissioning processes.

Having an “app for that” is almost a given for the construction jobsite today.  But could the next big thing for the field be apps that are available everywhere – even hands-free on your wrist?  While there are plenty of great rugged iPad cases available, there are times where you could really use having your hands available to hold on to a ladder or scaffold or drive some heavy equipment.

Accessing Construction apps in the future... 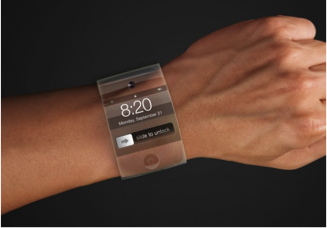 Getting alerts on your watch about upcoming tasks or quality-related issues assigned to you or your area could be one way to use an iWatch. Or, dictating field notes or a daily report into your watch as you walk the job site is another.

There are other watch devices such as the Pebble Smartwatch that are already in stores now, and while nobody is sure if the rumors about the iWatch are true, we’re looking forward to when it might arrive.

In my next post, I'll continue on this thead and talk about using apps for construction on Google Glass, but for now, I’m interested to hear: