Building Information Modeling: What’s in a Name? - Beyond Design: the Construction and BIM blog

Recently, I participated in the BIMForum in Boston, where the topic about "Design Optimization" drew a record crowd of professional attendees. Early and often, the presenters referenced "BIM" (Building Information Modeling) as a term or concept, with notable attention to the "I" (Information) in BIM as a key point of emphasis in successfully optimizing design.

The term Building Information Modeling (BIM) has been around over 20 years, and the concept of representing buildings digitally and spatially has been around about twice as long as that. You might think that a group of professionals dedicated to discussing and advancing BIM would be able to hover around a common definition for the term, or even a common term itself. Yet, there was more than enough perversion and variation of the term BIM to suit any number of viewpoints: painfully-redundant "BIM Models," not-quite-synonymous "Virtual Design and Construction," "Town Information Modeling" for urban planners, "Building Information Management Models" for facility owners and operators, and the horribly misleading 3D, 4D, 5D, 6D, 7D, etc for those who like to confuse things even further!

While it would be nice someday to settle on one term to rule them all, it became painfully clear that in 2014, we have a long way to go towards a standard term and definition for "BIM," much less agreeing on BIM standards for professional practice! 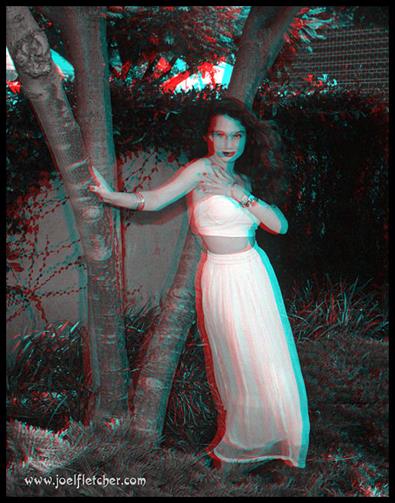 When explaining the subtle and not-so-subtle variations between these terms with owners, designers, and builders, I've found it useful to map out the domains of "BIM and "VDC" this way:

As you can see, "BIM" and "VDC" are not synonymous, nor should they be used interchangeably. When mapped this way, they describe and define similar but different concepts, and with BIM reaching horizontally across all phases of a building's life cycle, and VDC constrained to just two phases but can span vertically across multiple markets and project types. I am not arguing for the superiority of one term over the other, but rather: an attempt at clarity about when and why to use each term.

Much has been made of the sorely redundant and all-too-often used term "BIM Model." It's as painful to my ears as the terms "ATM Machine," and "PIN Number." My colleagues developing and promoting BIM solutions are at least as guilty of using this embarrassing phrase as the myriads of professionals who echo the term and further its use. A handful of passionate and purist BIM professionals have campaigned and pleaded to curb its usage, from joking about killing #FluffyKittens, to implementing "BIM Model" swear jars.

Building, from Proto-Germanic buthlam "house"
The spatial, structural, and physical expression of values of an individual, organization, or society

Information, from Latin informare "to shape, form"
Act of giving shape, structure, form, or likeness to a value or concept

Model, from Latin modulus "a small measure, standard"
Spatial representation, likeness, or construction of a concept or set of relationships

If you look at these terms in this way, arguably all three terms describe loosely the same thing: a way we give meaningful expression or shape to a concept or value. In particular, we have significant redundancy between the meanings of "information" and "model." Are they interchangeable synonyms? No. But they have such overlap in meaning, we ought to consider a bit of reductionism for clarity.

We're decades into this BIM journey, and our industry ought to be ready to drop our second-millennium baggage, set aside the clay and foam core for our preschoolers and retired architects, and shorten the term "Building Information Model" to simply what it is and always was meant to be: the model.

With that point, let's go back to the recent importance of the "I" in BIM at the recent BIMForum. There, "information" was emphasized heavily in presentations and discussion about "Design Optimization," implying that one could not efficiently or effectively optimize a design with "dumb" or uninformed, geometry alone. However, the term "model" by itself is sufficient to represent the design intent; today's models appropriately include 3-D geometry, 2-D tabular arrays, and 1-D text strings to give them meaning and utility. We need not labor on the presence or emphasis of the "I" in BIM. Rather, we need to clarify our terminology, raise the ante of our expectations, reduce our cluttered vocabulary, and upgrade our use of "model" to a contemporary way of thinking.

It's just a model. Of course it is data-rich to be useful for design optimization, and a whole host of other BIM uses. If it wasn't embedded with meaningful data, it simply wouldn't be a model consistent with today's standard of care.

It's just a model. A digital one, a smart one, an enriched one, a useful one, a measurable one, comprehensive one, an accessible one, an enduring one, and one capable of simulating the full lifecycle of a project.

What do you think? Is your firm ready to leave behind outdated terminology and uninformed representations of design, whether they're built of polygons or paper?

As an industry, are we ready to accept that a 21st-century model, without meaningful information associated and embedded, is insufficient to address our contemporary needs in planning, design, construction, and operations?