Many of you will know my co-writer Paul from the blog or meeting him in person through the Navisworks or BIM 360 teams, today he started a big UK bike ride challenge for a great cause. Read on! 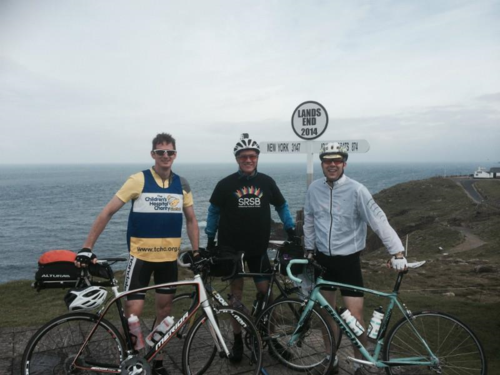 The Children's Hospital was first established in 1876 - and I believe it was the first of its kind, a hospital dedicated to the care of children. Back then this idea was ridiculed by the medical profession - including the likes of Florence Nightingale - as surely adults are more important as they can earn money! Thankfully an investor thought it was a good idea, and the Children's Hospital was built.

The Children's Hospital is now a centre of excellence (http://www.sheffieldchildrens.nhs.uk/centre-of-excellence) with world class surgeons and medical staff offering critical life saving operations, care, and research. The level of excellence is generating such awareness that patient numbers are rapidly increasing, with children being sent here from all over the UK, Europe and further afield.

Since the hospital opened in 1876, it has since been rebuilt, and various extensions built. However the now dated building itself is no longer suitable for the way a busy, modern hospital needs to run. Long narrow corridors are not wide enough for two modern beds to pass, for example; waiting rooms are cramped for the current numbers; Out Patients is difficult to find as you wander through a labyrinth of corridors to get to that area of the hospital; and the list goes on.

In spite of these challenges, the Children's Hospital continues to over perform, which is a testament to the dedicated staff, like those I met on my visit. I was encouraged to learn that change is on the way, and construction work has started to develop a brand new Hospital building. Located adjacent to the existing Hospital site, good design is being employed to layout the facilities as necessary for a world class hospital. Once completed much of the existing hospital functions will move in, leaving behind the old buildings for future redevelopment.

None of this of course comes for free. Whilst the National Health Service will fund a significant proportion of the build, the Children's Hospital Charity (TCHC) are raising funds to make it even better. TCHC have carried out research into the impact a hospital environment can have on the care and recovery of children. One example of this that children who have their parents or carers with them have been seen to recover after surgery around 20% faster. In order to address this, TCHC are generating the funds to pay for more individual rooms for children, with views of outside space, ensuite bathrooms, and pull out beds so that parents and carers can stay with their child. You can read more about TCHC Make It Better appeal here, http://www.tchc.org.uk/artfelt/Make-It-Better-Artfelt

The work done by TCHC has motivated me to get behind this cause and help to Make It Better. As mentioned earlier, today I'm starting a  bike ride the length of the UK mainland, 980 miles from Land's End at the bottom of England, to John O'Groats at the very top of Scotland. Road cycling is something I have only taken up in the past year, so riding over 100 miles per day for 9 straight days is rather an Epic challenge. More details can be found on my JustGiving page, where I'll also be posting updates of my progress: