BIM 360 Glue and Navisworks 2016: Real-time Collaboration is Here - Beyond Design: the Construction and BIM blog

« Upcoming Webcast: The Next Era of Building Design and Construction | Main | 10 years on... »

All About the Workflow…

Several years ago, we heard your requests to connect to the cloud to better support project workflows, and to connect with the entire project team to access the most recent project models and data. BIM Workflows Connected with Glue and How to use BIM 360 and Navisworks on your projects, outlined how BIM 360 Glue and Navisworks integrated to support your project and team workflows, including:  1) How Navisworks users share coordinated NWD models with the team using BIM 360 Glue; and 2) How BIM/VDC specialists access the latest models from the team in BIM 360 Glue to perform advanced analysis with Navisworks.

With the 2016 release, we are introducing the next phase and a completely new approach to Navisworks-BIM 360 Glue interoperability.  BIM 360 Glue users with Navisworks 2016 can connect to the BIM 360 cloud, work directly with BIM 360 Glue models and merged models, and share data with other project users.

Think of the new process akin to using Evernote:  Working on a document in the Evernote desktop client syncs saved changes automatically to the Evernote.com web version of the document---and vice-versa.  As a user, the process happens seamlessly, and the distinction between the cloud and the desktop is really a non-issue.

Just as with the Evernote example, Navisworks Manage 2016 and BIM 360 Glue model interoperability happens seamlessly with just a click of the mouse. 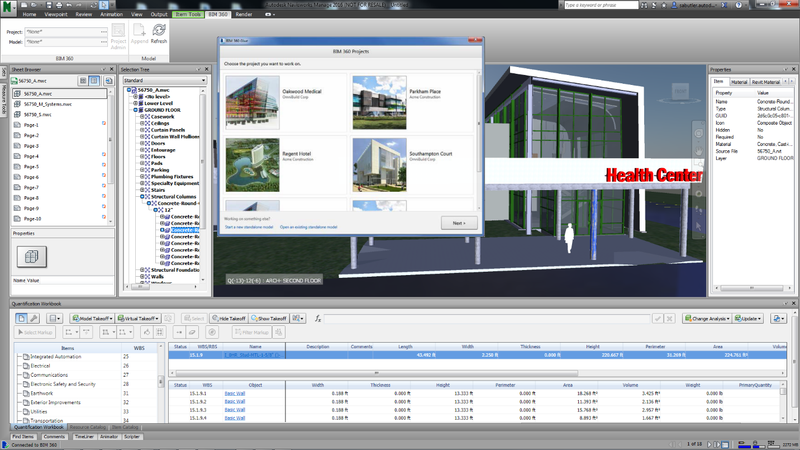 Navisworks 2016 and BIM 360 Glue now both connect to the same project data as part of an integrated desktop, cloud and mobile solution. However the two products have distinct strengths that satisfy the needs of different participants on your projects.

For clarity sake, think of the comparison of the two products as such:

As a BIM/VDC manager working within a collaborative project environment, Navisworks Manage is likely still your go-to product for advanced analysis, such as performing advanced clash detection, integrating 2D and 3D takeoff data for bills of quantity, and simulation of construction activity. BIM 360 Glue transforms your traditional coordination workflows by providing easy-to-use features that empower the extended team: designers, subcontractors and fabricators coordinate and collaborate on a continual basis. This leads to accelerated coordination cycles and more productive weekly/bi-weekly coordination meetings. 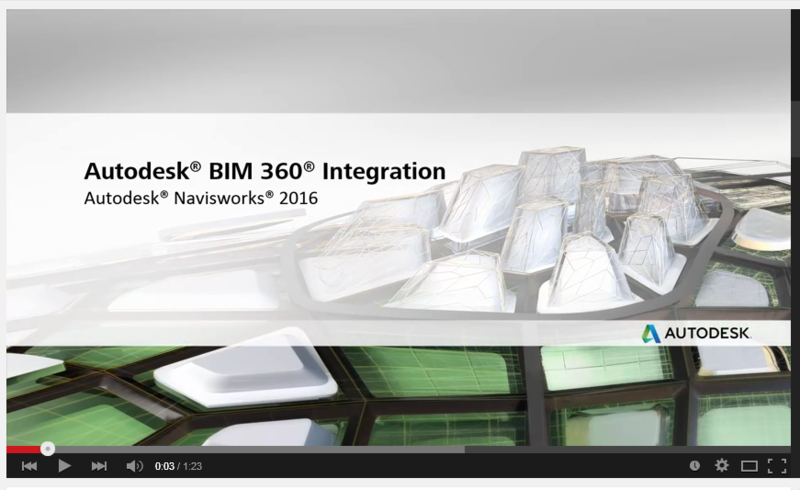 This new functionality in both Navisworks and BIM 360 Glue is available now, so visit the resources below to get started.

Hi Arsen,
No, at this time BIM 360 Glue does not support animation and/or simulation found in Navisworks.

will you be able to push the TimeLiner animation/simulation to 360? And then lets say send the link to someone to login and play/view the simulation?

Hi Daryl,
Once you log into your BIM 360 account from within Navisworks and save a model, it automatically saves to Glue in the Cloud.
(Unless you select “save-as” and save the Navisworks model locally).

It seems as if the ability to push a new model from Navis to Glue has been taken away in this effort to upgrade the compatibility of Glue and Navis. Will this be brought back?

If the markups created on glue were visible in manage and if these markups were editable it would be a super package.

I've started using this. It's a major step. Making this an amazing application would be the ability to view glue markups similar to glue and also edit and add more if necessary.