10 years on... - Beyond Design: the Construction and BIM blog

It's the 4th of May 2015, you probably think you know what I'm going to write now, you'd be wrong. It's not going to mention Star Wars at all (well just there…)!  I'm currently sat in the departure lounge in Heathrow Terminal 5 on my way to Autodesk in Denver, which reminds me of when I first began and how things have moved on. 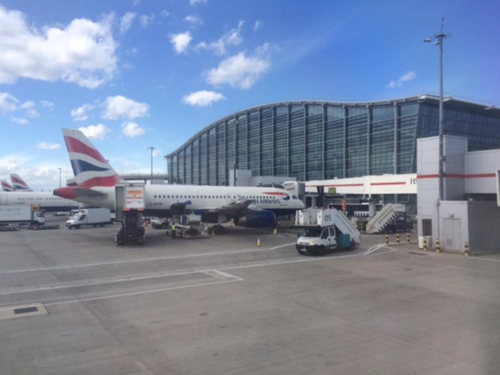 They say life is full of small moments that make a big difference to your life. One small moment led (or nearly didn't lead) to May 4th 2005, it's a date I remember pretty well. It was my first day at NavisWorks Ltd, a small software company in Sheffield in the North of the UK with a sales office out in Scottsdale near Phoenix, Arizona. My job was to work for Paul Walker (who's name may seem familiar to regular readers) as technical support for a program that worked with 3D CAD models. In those early days there was no Revit support, we were mostly dealing with ADT and MDT files.  BIM was something seen as a fad that won't last, and use of a 3D model on site was something only the craziest people experimenting did. When I joined as support, like any small firm we all had many hats, and I was immediately helping with documentation and testing of the Navisworks Jetstream v4 release, many peoples first taste of Navisworks! At the time the big selling point was being able to load models by streaming from a URL rather than loading the whole model at once.

It seems fitting 10 years later that one of the first big projects I worked on was helping the team at Heathrow T5, with savings at the tens of millions by using 3D modelling and clash detection, Navisworks was a key part, so I was straight into the deep end when something wasn't working. As a piece of technology, it's fair to say Navisworks has helped revolutionised construction as much as Revit has changed the world for architects and engineers. Clash detection is a bare minimum use of 3D modelling, with people now linking to schedules, data from site, databases and ERP systems.

So when it comes to small moments that change a lifetime, I very nearly didn't make it to my interview on time due to a non-running bus. Luckily my friend was driving past at the time and offered a lift. Knowing what I know now about Peter Thompson, the then Managing Director, I'm pretty sure I wouldn't be in the position I am now. This might be the first he knows about it!!

So thanks to Mike and small moments.