DIY VDC: Owning Risk in Coordination to Reduce Liability - Beyond Design: the Construction and BIM blog

Model Your Own Scope…

It's long been a tenet of mine that 3D modeling in AEC (including BIM, and its cousin, VDC) should be authored by those traditionally responsible for the 2-D documentation it displaces.  This is true, in spite of wide discrepancies of modeling skills by various contributors and stakeholders on a project.

That is, a structural engineer or detailer with strong modeling or BIM skills should not model the electrical scope of a project simply because the electrical engineer or electrician aren't fully up to speed with BIM tools and processes.  Likewise, a General Contractor shouldn't author models of scopes they are not directly responsible for executing, such as curtain wall detailing.  (Conversely, that GC ought to leverage BIM and VDC for documenting scopes of work they have traditionally drawn in 2D, such as site logistics plans or self-perform concrete.)

This is so because when one contributor or stakeholder develops documentation on behalf of another, risk shifts inappropriately and lines get blurred with respect to liability.  And, while such risky practices were more commonplace a decade ago, when BIM and VDC adoption was uneven at best, they have thankfully faded away on most large commercial AEC projects.  Generally speaking, in 2015 we have arrived at a Do-It-Yourself attitude with respect to authoring models of most scopes of work.  And rightly so!

…And Coordinate It Too… 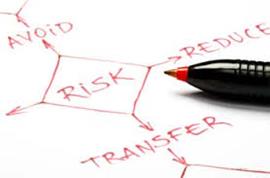 But even when most project stakeholders are primarily authoring their own scope of a model, what about design and construction coordination of a project's systems (A.K.A. "clash detection"), a hallmark practice of VDC?  Dial the clock back a decade again, and practically the only project participants capable of running a design coordination meeting were sophisticated Construction Managers. Typically, these CMs employed BIM specialists running Navisworks, like high priests behind the keyboard managing thousands of clashes on behalf of the project team.  These BIM specialists were often trained as architects, and hired away from design firms by contractors capitalizing on their technical prowess and training as theoretical "master builders." Architects, it seemed, were willing to cede this coordination responsibility to their construction brethren under the guise of reducing liability.

This contractor-led coordination was how BIM secured a foothold in AEC, and coordination arguably remains of the strongest use cases for BIM and VDC today. However, practices have evolved over the past decade, as modeling and VDC skills became more commonplace.  Clash-detection expertise shifted from a relative few sophisticated CMs and spread to many trade partners, like mechanical contractors with so much at stake trying to fit their ducts around other systems.  Likewise, the coordination expertise has become democratized, fueled by the shift from using Navisworks to tools like BIM 360 Glue, in which clash detection (like spell check) evolved from an infrequent specialty exercise to a frequent, continuous, "on the fly" check of the work.  And with this democratization, risk and liability have shifted once again.  Like modeling, coordination is no longer in the hands of the specialist toiling away on behalf of a project team -- it is performed by the project team bearing the core knowledge of the project.

…Even If You're an Architect

Taking this trend further, architects from Perkins+Will presented a provocative point of view last week at the BIMForum, focused on VDC for Design Phase Management and Preconstruction. In their discussion about "taking back control" of VDC, Perkins+Will staked out a position in which architects, who have all-too-often ceded risk to reduce liability in coordinating their designs, should instead take ownership of the coordination process.  In other words, coordination has become so common and distributed, that the designers who once gave away this responsibility have realized that they can (and should) reclaim it!

Perkins+Will is starting small, having recently hired a single VDC specialist (formerly a contractor no less!) to coordinate their projects in-house, in a turnabout parallel to how contractors approached coordination 10 years ago.  Will this architect-led 3D coordination catch on as a trend?

Further, if architects do "take back" coordination, will it remain in the hands of VDC specialists, or, much like it did in construction, will designer-led VDC coordination ultimately democratize and spread from a specialty to a common project skill?  Time will tell.

I, for one, look forward to a future in which architects reclaim their rightful place at the center of coordinating their projects, managing VDC during design, owning more risk, and ultimately reducing their liability by perfecting the virtual prototype before handing it off to those best able to realize their vision.  In other words, like modeling, VDC coordination ought to be DIY as well.