Beyond Design: the Construction and BIM blog: NWC Exporters 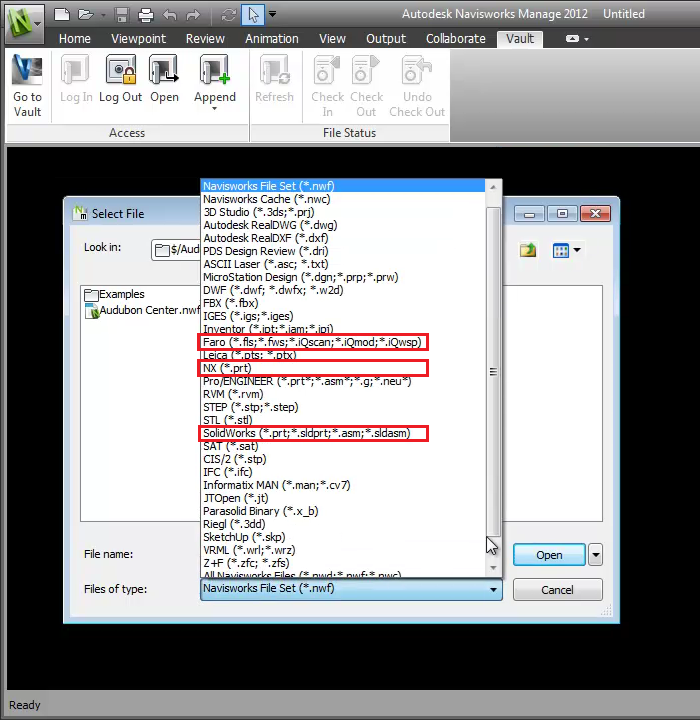 The Interoperability Enhancement Pack for Navisworks 2012 is released today, so I wanted to share with you an overview of what this offers. 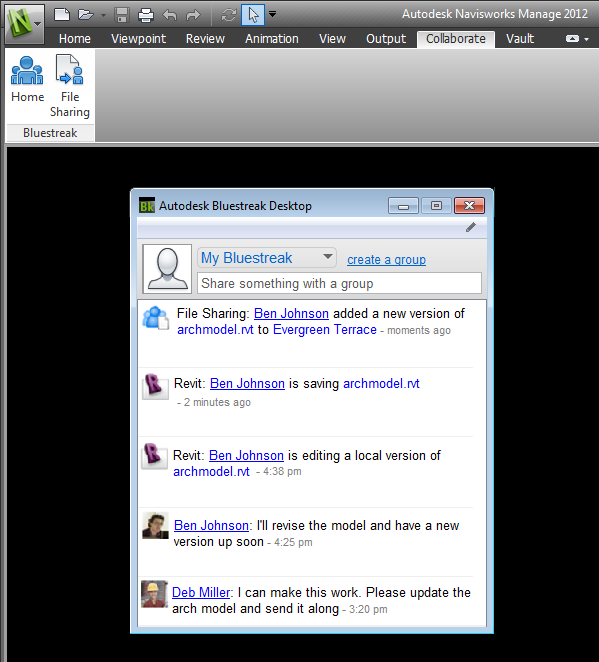 I've created a quick video of these enhancements. Take a look:

To install the 'Interoperability Tools of Navisworks 2012', you will need to have the Service Pack 1 installed on the machine first.

For the 'Exporters Update for Navisworks 2012', there is no need to install the Service Pack 1, this can be installed over the top of other 2012 Exporters/Manage/Simulate installations.

Try them out and let us know what you think.

We know you love freebies; we saw how many of you downloaded the free ground planes we offered a few weeks ago. Well here's another one, a few pages from the newly released 'Mastering Autodesk Navisworks 2012' book by Jason Dodds and Scott Johnson. Both these guys have years of experience working with Navisworks in the field with you guys, implementing workflows, pushing the limits of the product and doing things we didn't even realize Navisworks could do! We've saved an important part of the book for you. Lots of people ask how they should work with NWC, NWD and NWF files for their workflow, these pages explain a little more about what each file format is, how it is used and a more detailed typical workflow, something many people would pay thousands of dollars for a consultant to do for them! Download these pages here

Now if you think that's a valuable bit of information then you should get yourself a copy of the book from here: -

I've got a copy sat here next to me and just picked up a couple of handy things about Timeliner I never knew, I'd tell you what they are but you'll have to get the book to find them out yourself! 'Team. Team, team, team, team, team. I even love saying the word, team'. If you have no idea what I'm talking about – and there's a good chance you won't if you live outside of the UK – check out this clip for reference, taken from the UK comedy show, The IT Crowd.

We all know that if we work together [as a team] then, as Aristotle put it, "the whole is greater than the sum of its parts". And if you think about it, Navisworks supports and actively encourages this philosophy – by bringing together all project contributors to create a greater whole.

Navisworks supports a diverse range of authoring applications and laser scan formats. This is achieved through a combination of file exporters and file readers: And this list continues to grow with your teams' requirements to collaborate with an increasingly diverse supply chain, including manufacturers and fabricators.

In this post I wanted to specifically discuss support for AutoCAD, and AutoCAD-based applications. Here we provide both options, file exporters and file readers.

With the exporters (either installed as part of the Navisworks product, or as a separate standalone installer) you can export a Navisworks Cache file (NWC) directly from your AutoCAD-based app. One of the benefits of using the exporter is that you can then distribute a more compressed, un-editable version of the model, and you know the receiver will view the model as intended (that is, you don't have any concerns over the use of Object Enablers, as discussed here).

Navisworks includes RealDWG, which effectively means that it can open DWG files as though it's vanilla-AutoCAD, thereby ensuring file fidelity. Object Enablers can also be installed and configured for Navisworks, meaning that it can support custom objects and properties from say, Civil 3D, or other third party AutoCAD-based apps.

You can usually expect to find support for three previous versions. Navisworks 2012 however, supports:

As you can probably imagine, we're unable to maintain an ever increasing number of prior versions. For the next release we're considering dropping support for some of the older DWG file readers and exporters, 2004-2006 (inclusive). Now would be a good time to let us know if this brings you out in a cold sweat! If this doesn't affect you, we'd equally like to hear which prior versions you are working with, to help guide future decisions.

In an earlier post I wrote about the introduction of 2D support in Navisworks 2012. In this release 2D views and sheets are supported through the DWF format. These can be individual DWF files, or a multi-sheet DWF file – a single DWF containing multiple sheets, sections, plans and elevations. I also mentioned the ability to cross-reference items in the 2D sheets with the corresponding items in an NWC model. Håkan Norberg requested further information on this, so I've created this quick video tutorial:

The key steps are: 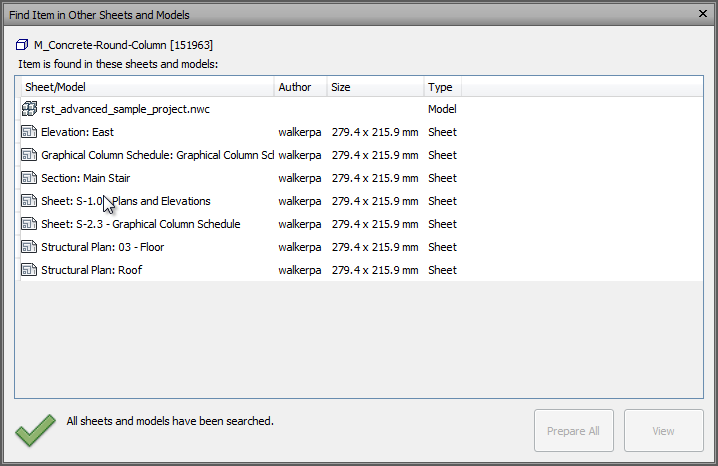 Remember, if you see the exclamation mark icon at the bottom of this window…

…then you're only seeing partial results. To search All sheets and models, click the Prepare All button:

How does it work? It's based on the Revit GUID, a unique internal identifier for each item in the project. For each item, the GUID is the same in the DWF file… Navisworks searches for this GUID in all prepared sheets and models and provides you with the relevant results.

As a reference tool this is great, as you can navigate through the model whilst reviewing the project, and then for any object you can view it in another representation, such as a sheet or section with additional information.

Thanks for the feedback Håkan, be sure to let us know how you get on!

We check the following things when deciding whether to load an existing NWC file, or whether to reload the file and create a new NWC.

In the Options under Model > NWC there is a setting to check whether we should read existing cache files if available. If you think you'll want to use cache files for speedier loading times then ensure Write Cache is checked. This will overwrite an existing version of an NWC file in that folder, something to watch out for if you export files from Revit, AutoCAD etc.

We'll look to see which version of the file is most recent, the CAD file or the NWC file. Let's say we've just saved a new version of an AutoCAD Architecture DWG, saved at 2.00pm on 1/1/2011 (working New Year's Day, ouch) and you have an earlier version of the NWC file saved from last time you loaded the Navisworks model, say with a timestamp of 1pm on 1/1/2011, we'll reload the DWG and create a new cache file.

All timestamps are stored and compared in UTC, so as long as Windows is configured correctly Timezones shouldn't be an issue.

There's a set of options for each File Reader. Each time one of these options changes, we're changing how we read the file, so we would need to reload the file from scratch to include Text, or change render type, or increase the number of points in a laser scan. 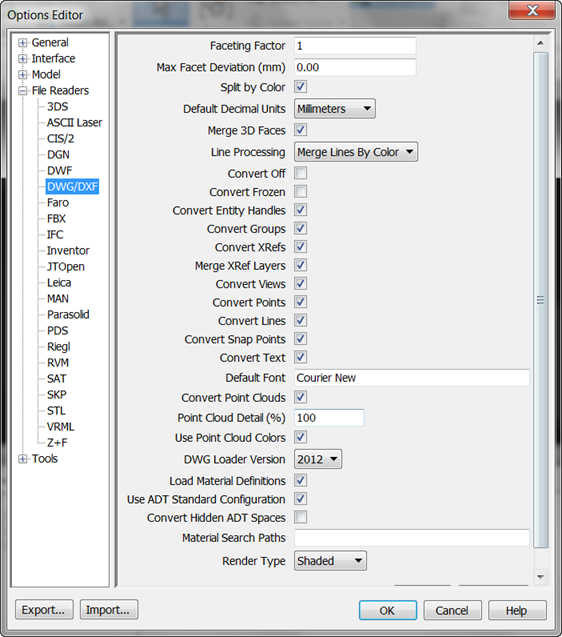 If you have multiple users accessing the files, then it becomes increasingly important to ensure their options match, otherwise a single option may force a reload for all the files, which obviously takes up time. To ensure all users have the same options you can either, Export and Import the options on each machine, or use the Project and Site Directories (something for another post).

If you are opening a model in 2011 on one machine and 2012 on another, we'll reload the model. This also applies to Service Packs, Subscription releases and beta builds. If you're not sure which version you have check under Help > About Autodesk Navisworks…. and you will get a screen where the exact version number of Navisworks is shown. We don't reload the file between Manage and Simulate unless the version numbers are different. 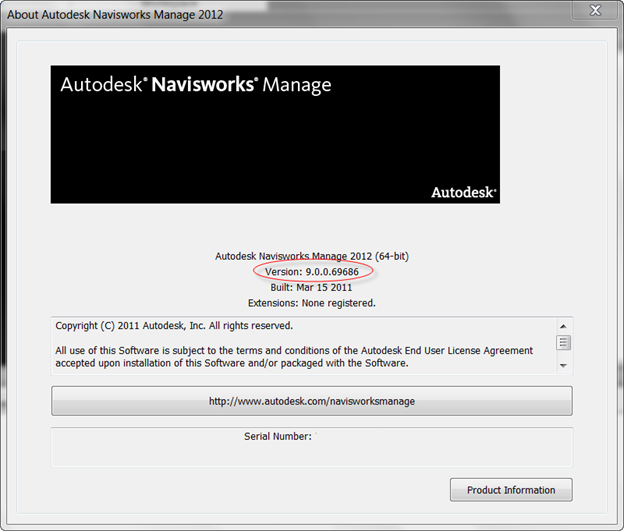 This can be tricky area to get right as there can be so many variables, but do any of you have any tips on how to work with cache files? Do any of you use the Batch Utilty? How many sites do you use the same CAD files across? Does this blog post help you understand why you may have problems with NWC files?

NOTE: This has now been fixed in the Navisworks 2012 Service Pack 1, files will need to be recreated for changes to take effect.

We've had a couple of people report that they receive a 'Can't load ***.nwc because of an internal error' or 'This file contains data that requires an additional Navisworks license which is currently unavailable' message (see pictures below) when loading an NWF with updated NWC files. This may happen if you have upgraded from Navisworks 2011 (or earlier) to 2012 mid project. With the introduction of 2D Multi-sheet support in Navisworks 2012, we've had to slightly change the structure of NWC files to handle this. Whereas an NWF file looking for a 2011 NWC file (i.e. an NWC created using the Navisworks 2011 exporter) would just reference the file name, when referencing a 2012 NWC file we also look for a default 2D sheet (or dummy sheet in the case of NWC files with no 2D data). The errors can therefore occur where a NWF was originally created referencing older version NWC files, which have since been updated with 2012 NWC files, and the NWF isn't detecting that the 2012 NWC files are of this new structure.

There are two possible workarounds at the moment.

Continue working with 2011 NWC files, this would mean you would need to be on the 2011 version of the CAD application too as the exporter isn't forwards compatible, only backwards compatible.

If you want to work with 2012 CAD applications, remove the 2011 NWC files from your NWF and rebuild it using 2012 NWC files.

Save $Billions with Revit–Navisworks Interop 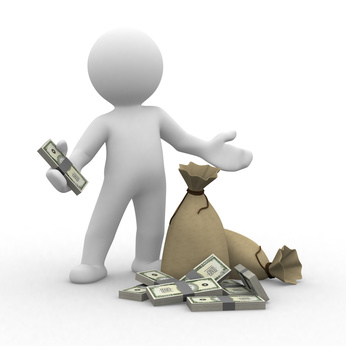 Okay, so I don't have any quantified facts and figures to support the exact value of the interoperability enhancements between Revit and Navisworks 2012, but they certainly are productivity enhancing. Take a look at this short video to see for yourself:

There are three primary enhancements: